Do with this information what you will.

While bars in regional Victoria have returned, it’s still been six months since we have been able to step foot in our favourite clubs, throwback multiple Mario Karts, and dance to Mr Brightside as it came on for the 14th time in one night… and it’s really starting to hurt.

Everyone is looking back on the clubbing scene with rose-coloured glasses, reminiscing on live music, getting sweaty on the dance floor and stumbling down that treacherous St James staircase at sunrise.

But in this yearning haze, it’s easy to forget the minefield that is clubbing. Getting in and staying in venues is an art form that takes practice and skill to perfect, and we’re all very, very out of practice.

So as a refresher, here are some quick and easy ways to end your night before it’s even begun.

And yes, all these things have actually happened.

1. Taking your shoes off in the entry line
Okay, it’s a long walk to Lamby’s and you wore heels because you weren’t planning on going out. No matter the circumstances, don’t shed your hooves under a bouncer’s watchful eye.

2. Taking your shoes off in the club
Yeah alright, just keep your shoes on. This one will give you tetanus or something. Losing your shoe on the Home House dancefloor is also probably not ideal.

3. Dancing on the furniture
Unless you’re at Piano Bar, this one is a no, no. While venues like Beavs have enough furniture to fit out your family home, that doesn’t mean jumping up and down on a couch or dancing on a table is a wise choice.

5. Closing your eyes in the smokers
It’s the first time you’ve been able to sit down in hours and the dancing combined with the seven vodka lime sodas you’ve downed have finally caught up with you.

“I just want to lean on my friend and close my eyes just for one second… pleeeeease.”

6. Then yelling “NOBODY BLINK” when they tell you not to close your eyes in the smokers
Alright, maaaybe that was pushing it.

7. Closing your eyes in the line for the toilet
General rule: keep your shoes on and your eyes open, okay?

8. Breaking or thieving something
Perhaps you broke a chair, you smashed a glass (for fun) or you pocketed one of those weird decorations in Eureka. Whatever the case, you got the boot.

9. Running behind the bar to try and pour your own drink
Either you’re officially lit and the liquid courage has gotten to your head or you’re a mischievous rapscallion who yearns for the tomfoolery.

10. Trying to climb up around a DJ booth
The result of acting on impulse and maybe getting a few laughs. Getting booted for this shouldn’t be surprising, honestly.

11. Trying to get a drink from a different bartender after you’ve been cut off
You might think you’re showing 007 levels of spy-work and deception here, but chances are this will not work. You might not realise but bartenders can converse and talk to each other while they’re working.

12. Passing out… in the toilet
Is this bringing up mems of Room 99? You don’t know how long you’ve been there but it was long enough for some people waiting in line to get security to come in and check. By the time they’ve managed to wake you up and open the door, its abundantly clear it’s time for you to head home.

13. Trying to smuggle in your own drinks
“No mate, I swear that can-shaped thing inside my bag is just my phone, seriously!”

14. Leaning on the outside wall in the entry line
Then having to convince the bouncer that you’re not so drunk you can’t stand up, you’re just tired and chose the wrong shoes to be standing in line for this long.

The Maxi Taxi ride here just really took it out of you. Sure, you could have toned down your acapella rendition of ‘Untouched’ by The Veronicas on the way there to save your energy, but that’s not really in your nature, is it?

15. Inciting a crowd chant of the Vengaboys’ ‘We Like to Party’ when the entry line is taking too long
Apparently, the bouncers don’t like to party.

16. Having a chunder
If you chunder in da club and aren’t kicked out, that’s a success story. If the aim on your projectile went awry and vom juice has wandered down your shirt, I’d give you a 1 in 100 chance of salvaging your night.

17. And of course, just being too damn drunk
It happens to the best of us.

Despite all your best efforts to stand up straight, look the bouncer dead in the eye, and act like an upstanding, functional member of society, you couldn’t quite hack it.

You can’t really argue much with this call, you had to know it was coming and as much as you wish you were on the d-floor right now, the bouncer probably made the right choice. Off you go mate, just try not to trip on you walk of shame out of here.

For more fun content, check out our piece 27 things every Geelong local has experienced. 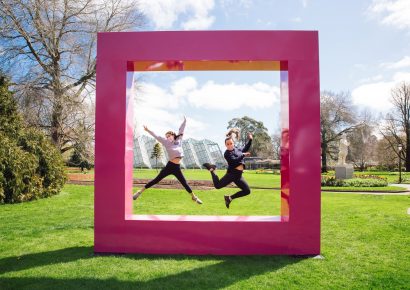 David Attenborough’s new Netflix film is going to make you cry, but you should watch it anyway

Melburnians, pack a picnic rug because the Coburg Drive-In is back open