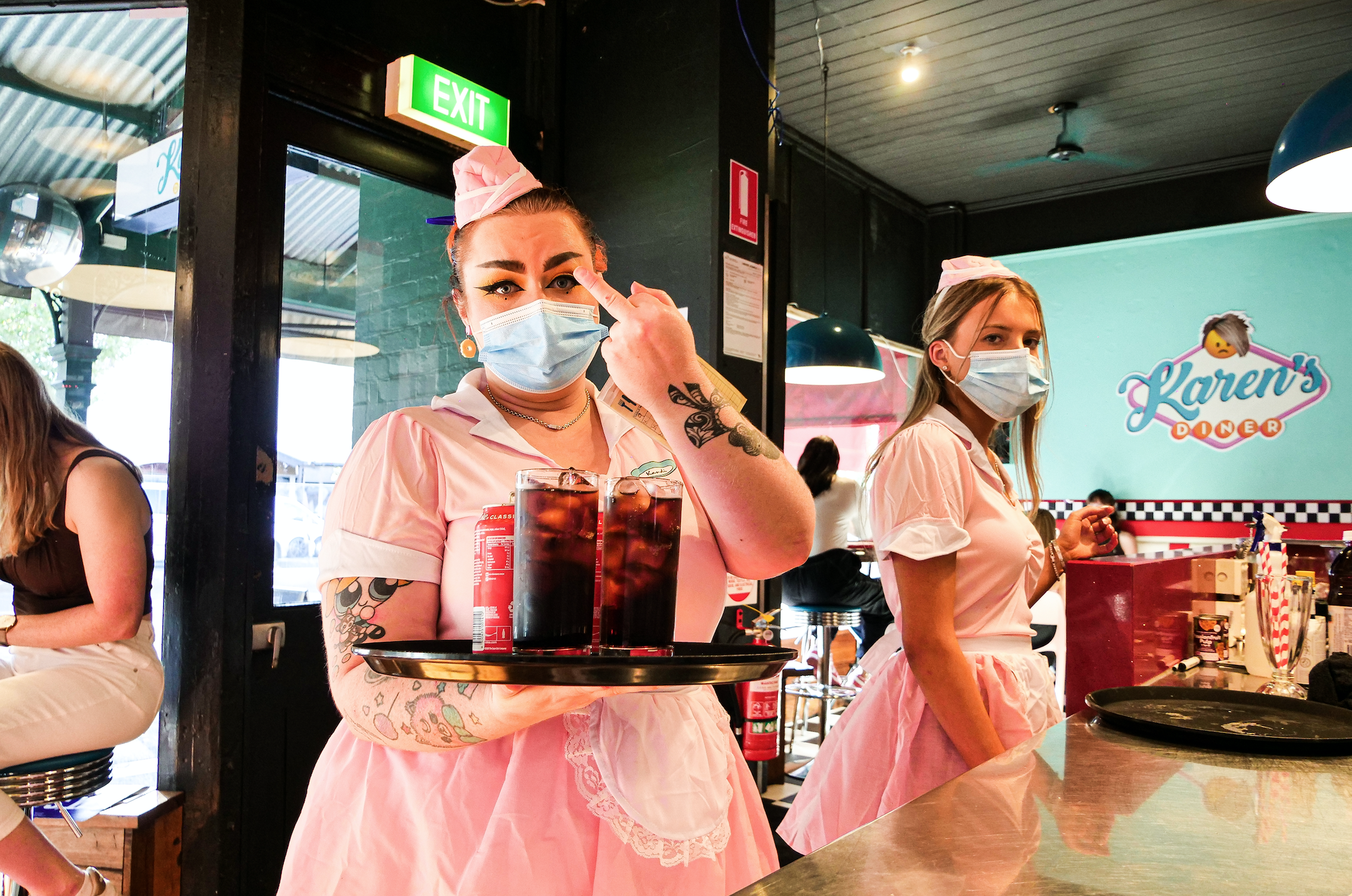 This Melbourne diner that markets itself on rude service is so popular it’s opening a second venue.

In news that will probably surprise no one, to break through in the crowded modern hospo market, you have to have a pretty engaging hook.

Now for most diners, cafes and restaurants these days, that hook is somehow oriented around versions of sustainability, natural and organic produce – the term ‘farm to table’ being one of the most popular search terms around Melbourne’s restaurant scene.

One diner is doing things a little differently though and it turns out, with lucrative results. Karen’s Diner – a play on the problematic cultural trope of entitled ‘Karens’ within the Australian community – originally opened on Lygon Street to fairly widespread publicity, and is now opening a second venue in Forest Hill Chase Shopping Centre, in Blackburn South.

“Customers can expect plenty of sass, great food and a sprinkle of bad attitude,” Karen’s Diner said in a statement about the new opening.

“As Karen’s Diner goes, the food is great, the service ungrateful but your experience will be unforgettable. Don’t expect special treatment at this diner because it’s all about Karen, and she won’t be taking any of your nonsense! Come have some fun and wind the staff up to unleash your inner Karen and see their full Karen potential.

“A full menu is available and includes a range of Karen’s burgers, loaded fries, sweet treats, thick shakes and, of course, a Karen inspired cocktail menu. There is even some Karen’s merch on offer! Vegetarians, vegans & non alcoholics will all be catered for but don’t expect Karen to be happy about it.

“Don’t miss out on this great food but awful service! Whatever you do, don’t ask for a refund!”

They’ll be opening the second destination in August, but however successful, the premise clearly hasn’t been completely without its faults.

The diner’s announcement of the second venue opening today came with its own set of rules of engagement; a strict code of conduct (that you would have hoped would be self-explanatory) that patrons have to follow.

Karen’s Diner said the rules are to protect their staff from harassment, and include no racism, sexism, ableism, homophobic or body image comments, as well as no touching or sexual comments towards the staff.

Karen’s Diner in Carlton has 4.1 stars on Google from 266 reviews at the time of writing.

You can find more information here.