It’s the Summer of Australian films at Geelong cinemas The Dry
Words by Anthony Morris

Mallee murder mystery The Dry has made over $10M at the box office since its release late last month: that’s a hit under any conditions. People want to go to the movies, but it’s summer and there’s better things to do than watch a stinker; if a movie’s doing well, it’s because people actually do want to see it.

The Dry did have one big advantage, in that it had the cinemas pretty much all to itself for the first few weeks of 2021. That changed with the release of Penguin Bloom, the real-life feel-good tale of a family struggling to deal with the accident that left wife and mother Sam (Naomi Watts) a paraplegic. That may not sound too feel-good, but add in a baby magpie (the Penguin Bloom of the title) and a bunch of life lessons about learning to fly and how you can’t stay inside forever and it doesn’t take long before things start to turn around.

The performances are strong, and the beachside setting is gorgeous to look at – though you may find yourself asking “how did they afford that?” considering Sam was a nurse and her husband Cameron (Andrew Lincoln) is a photographer – but the story is extremely straight-forward and even at barely ninety minutes it feels a little dragged out. There’s one minor subplot where eldest son and narrator Noah (Griffin Murray-Johnston) blames himself for the accident that left his mum in a wheelchair, but otherwise this is memorable more for the magpie’s antics (a lot of birds are thanked in the credits) than the emotional journey.

At the opposite end of the spectrum in just about every way is Occupation: Rainfall, a (relatively) big budget science fiction sequel that feature no emotional journey’s whatsoever but an awful lot of explosions and fighter jets. It’s been a few years since the aliens invaded in Occupation (this sequel at times seems so confusing you’ll wonder if seeing the previous film would have helped; it wouldn’t) and now Sydney is a hellish warzone swarming with warriors, refugees (both human and alien) and things that explode.

The big twist here is that not all aliens are bad guys, which does provide something of a guideline through the fairly confusing story: if a human wants to kill all aliens, they’re probably bad. Eventually, the story settles down into a two-pronged onslaught, with one plotline focusing on those huddled in a massive underground base under the Blue Mountains while the other sees a small group heading to Pine Gap to look for war-winning tech. Neither plays out quite the way you’d expect, but that’s as much thanks to erratic plotting than surprise developments.

You’re not watching this for the characters (if you are, you’ve made a mistake). The effects are the big draw here and they’re generally well done (though the scenes where our heroes ride alien horses could have used a bit more polish). Despite a lot of clunky dialogue, this is no stupider or more garbled than some of the overseas blockbusters we (used to) see, and while it would have been more entertaining if it had taken itself less seriously – the door is left open for a sequel, and not in a wishy-washy “the battle continues” way – in the current blockbuster drought this does provide the requisite amount of automatic gunfire and then some.

There’s a lot of gunfire in High Ground, but that’s where the similarities end. Opening with the massacre of a group of Aborigines in the Northern Territory in the early 1920s, the bulk of the story takes place a decade on, where the survivors are either out for revenge or trying to move on, those responsible have either buried their past or can’t live with it, and one man finds himself trapped between the two sides.

In a way this film is a bit of an optical illusion; looked at one way and it could almost be a Hollywood western, a gritty violent tale of two sides clashing on the frontier. Looked at the other, and it’s a searing look at Australia’s buried past, as Gutjuk (Jacob Junior Nayinggul), who was only a child when almost all his family and friends were killed, struggles to choose between his murderous relative Baywara (Sean Mununggurr) and Travis (Simon Baker), the ex-soldier who took part in the massacre but also saved his life.

While the white characters are largely familiar ones – the haunted veteran, the cynical boss (here played by Jack Thompson) – the indigenous cast come across with greater depth, in part thanks to large a number of scenes from their point of view. The two halves of the film occasionally clash – the multiple action stand-offs are well-handled, but still feel a little rote – but that’s the point. This is a film about two ways of life struggling over one land, and the repeated shots of birds soaring over the Arnhem Land locations is a reminder that what they’re clashing over will outlast them all. 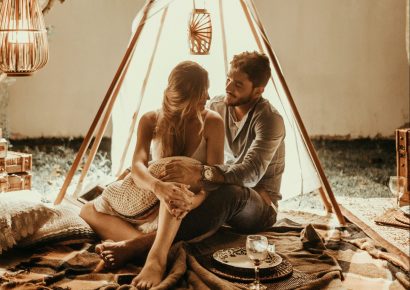